One of the most difficult parts of a divorce is determining child custody. The process is often emotional, and it is of the utmost importance to create a system that is in the best interest of your child or children. Once a custody agreement has been signed, you can begin a new phase in your family’s life, and work on creating a new normal.

Though you likely would do anything to protect your family’s stability, situations arise and life can bring unexpected twists that may include a parent’s relocation to a new city, even a new state. However, because custody agreements are legally binding, the parent cannot simply move away. In such situations, a custodial parent may need to request the court’s permission to relocate his or her child to a new location that may impact the visitation of the other parent. Because this process alters a legally binding contract, changes must be done through the courts in order to be enforceable and legal. Such a scenario is generally referred to as a “Move-Away.”

This scenario can be immensely challenging for all parties involved, most notably the affected children. Changing the family dynamic can bring back memories of divorce proceedings and can generally upset routine and order in the children’s lives. Depending on the ruling of the courts, such a verdict and decision can have a massive impact on the security and well-being of both children and parents.

However, it is perfectly normal for a parent to want to pursue other interests, and even move to a different location. This can happen for a variety of reasons. In some scenarios, a parent may see a move as a positive opportunity to start fresh after a sometimes lengthy and painful divorce. However, the other parent may view the relocation of his or her child as a direct assault on the established sense of family, and their ability to parent. This is to say that these situations can be as emotional and complicated as formulating the initial child custody agreement. Because of this, you need to follow proper legal protocol and have the necessary resources on your side to make any modifications.

In Move-Away and Child Relocation scenarios, it is important that you have a Family Law attorney you can trust by your side, to support you through the process. If there should be a dispute involving the relocation of your child, your Family Law attorney can help to guide you.

In some situations, both parents reach an agreement for relocation on their own, not requiring the permission of the courts to proceed. Though this is wonderful in terms of co-parenting and respect, it is important to note that any visitation or shared custody agreements cannot be enforced by the courts unless they were created through the courts. This means that if you decide that the children will move away with a custodial parent and return to see the other parent once per month, but this doesn’t happen, there is nothing the court can do to force the offending parent to obey the agreement.

If a custody order does not include a possible Move-Away or relocation, the courts will rule in favor of the child. This looks different in every situation and is not always as straightforward as you may expect. The courts become especially involved if the parents share custody. If parents share custody of a child jointly, the decision for relocation will be made by the courts on behalf of the best interest of the child. For example, if parents share equal custody and one parent wishes to move away with the children, the courts may rule that the children need access to both of their parents and deny the modification.

When parents do not share custody, this process is more straightforward. If one parent has sole custody of the child, chances are that their request for relocation will be easier to obtain; since they already care for the child or children full-time, moving away will not change the time spent with the other parent.However, this does not mean that the non-custodial parent has no rights against the decisions of the primary caregiver.

The move may also be impossible ifthe court deems the relocation to be detrimental to the child. This can happen for several different reasons. Under such a circumstance, the court will determine the impact of such a move on the relationship with the non-custodial parent following the relocation.

A great deal of care and consideration is invested into custody evaluations that relate to move-away and relocation. The best interest of the child is always the number one priority, and the court will consider a number of factors. These factors include:

These are just a few examples of what the court takes into consideration when making a move away or relocation ruling. There are many other factors that could come into play.

One key factor in your ability to move away is the wishes of your child. It is important to note that the court takes your children’s preferences into account both during initial custody agreements and in cases of relocation. This can be unnerving for some parents. However, there is nothing to fear when it comes to your child’s opinion. A child custody attorney can help your child to express their desires and the reasons for them so that the courts can clearly understand what they need. A child’s attachment to their friends and fellow family members will be taken into account but will not be the only factor.

It is important to remember that any movement away from one’s children while co-parenting needs to be approved by the courts, even if you are not moving the children with you. For example, if you share custody with your ex-spouse, but you only get the children every other weekend, you must still make an official modification to your child custody agreement in order to continue to co-parent. If you are still able to fulfill your custodial agreement, there likely won’t be an issue. However, if your move would mean only taking your children one weekend per month instead of two, the courts need to agree first.

One of the main reasons that individuals decide to move is for a better, higher-paying job. Though the courts believe that having both parents involved in a child’s life is preferable until proven otherwise, they will certainly take career opportunities into account. Financially supporting your child is one way to care for them, and the courts know and see this.

Hiring a Pasadena Divorce Attorney for Your Relocation Case 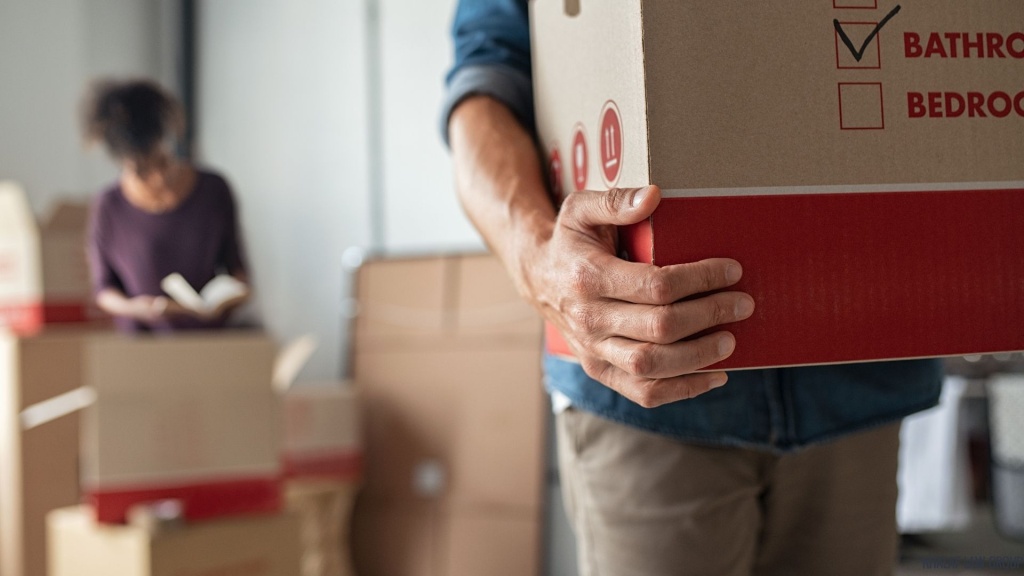 Hiring a divorce or family law attorney is essential if you hope to win your relocation case. Any sign of contention or disagreement between you and your ex-spouse will not play in your favor without an attorney. Your attorney will be able to argue the benefits to your side of the story and present the courts with a clear picture of why your preferences are beneficial for the children, and the correct choice overall. If you don’t have an attorney to represent you, it is likely that things will either go the way of your ex-spouse or stay the same despite your desire to leave. If you wish to successfully make changes to your child custody agreement, a family law attorney is essential.

Why Khalaf Law Group to Protect Your Legal Rights?

The attorneys at Khalaf Law Group have been representing families in Southern California for years. We have a deep understanding of the intricate and specific laws surrounding divorce, child custody, and relocation, and will use this expertise to your advantage in the courtroom. We pride ourselves on defending families and know that sometimes this means relocating for a fresh start. Though we have expertise in this field, we treat every case with the sensitivity and empathy that the situation demands. We are ruthless in the courtroom, but approachable and supportive in our meetings with you. When working with us, you will know and understand what true family law support means.

Don’t further your relocation plans until you’ve spoken with one of our expert attorneys. Contact us via our website today.